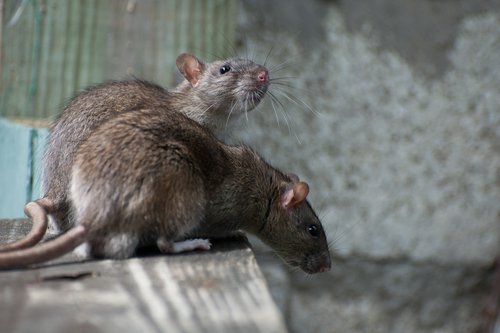 Anyone who has visited New York City knows there is a major rat problem. The rat population in the city was estimated to be around two million in 2014—one rat for every four people—but apparently has skyrocketed since. The vermin problem has bred all kinds of jury-rigged solutions, from mint-scented trash bags to rat birth control. (Yes, seriously.)

Rats can spread lethal diseases and have even led to a man’s death in 2017 after he contracted a bacterial infection from coming in contact with rat urine. In addition, rats are notorious for biting through wires and cables, which could result in fires.

Enough is enough for Eric Adams, the Brooklyn Borough President.  He’s introduced a new inconspicuous rat trap to the city. The traps, approximately two feet tall and tan, are easily hid in bushes and are easily overlooked. Near Brooklyn’s city hall alone, the traps killed 107 rats in a month.

This rat trap would attract rats using various types of bait to get the rat to climb to the top of the box. Once the rat does a false floor gives way and the rat falls into a concoction of water and alcohol, putting the rat out of commission in less than a minute.

Sounds great to most New Yorkers, right? Not unless you’re one of NYC’s hardcore animal “liberation” activists.

PETA and other animal rights groups oppose the traps. PETA, whose president Ingrid Newkirk has said, “A rat is a pig is a dog is a boy,” claims the traps will “accomplish nothing.” Considering that the traps kill the vermin, it’s safe to say this plan is pretty successful.

Instead, PETA wants the city to use birth control or live release—two ineffective methods. PETA and a bevy of other fanatical groups, such as NYCLASS and Direct Action Everywhere, signed a letter calling the treatment of rats inhumane.

But Adams, who is a vegan, wasn’t having it. He called out the animal rights activists for being out of touch, pointing out the infestation that has occurred in impoverished communities and how it has affected people of color. Adams also argued that drowning the rats is much more humane than rat poison, which can take days to kill the vermin.

PETA and animal rights activists have a history of being naïve when it comes to non-animal issues. Earlier this year, HumaneWatch.org posted a blog about how a recent study showed burnout in the animal rights movement is especially high in women and minorities due to insensitivity issues.

Perhaps PETA needs to check its privilege. As for NYC politicians, they should remember the rat problem as these animal liberation wingnuts lobby them to ban fur and restrict other consumer choices.