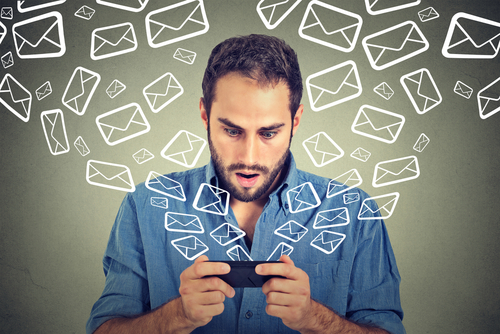 Receiving spam is a pet peeve shared by almost everyone. It doesn’t matter the time of day or form of spam, we can all agree it’s extremely annoying. Except PETA and Beyond Meat, according to a recently filed class-action lawsuit.

The suit claims Beyond Meat and PETA violated the Telephone Consumer Protection Act (TCPA), which makes it illegal for companies to use automated systems to send messages without prior written consent. The violation allegedly occurred when PETA sent the plaintiff two spam text messages promoting Beyond Meat’s availability at a restaurant chain.

The plaintiff claims she never gave either PETA or Beyond Meat the proper consent needed to send them promotional texts. According to the lawsuit, Beyond Meat was fully aware of the texts and even had final approval on the texts that went out. Additionally, Massaro believes PETA used an autodial machine to target a list of sequential phone numbers and believes there could be several thousand or more plaintiffs.

Each violation of the TCPA requires a plaintiff to be paid at least $500 per violation. If there are several thousand plaintiffs who each received two text messages, Beyond Meat and PETA could be on the hook for at least $4 million.

It isn’t the first time an animal rights organization has been sued for spamming text messages. In 2018 the Humane Society of the United States was sued for allegedly spamming phones with at least 9 text messages relating to Proposition 12, then on the California ballot.

This also isn’t the first time Beyond Meat has been in legal trouble either. The company was sued by Don Lee Farms, a food processor Beyond Meat previously used, for breach of contract, employing lax food safety practices, and several other claims. That lawsuit spawned a class-action lawsuit from investors claiming the company failed to disclose important details about the first litigation.