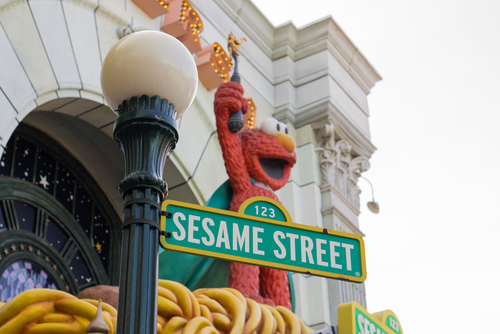 PETA is notorious for its bad ideas. Remember when it compared the atrocities of slavery and the Holocaust to farming? But PETA’s new campaign is brought to you by the letters W, T, and H. Earlier this week, PETA asked Sesame Street to introduce a vegan Muppet to help urge kids to stop eating meat.

In the past, Sesame Street has taken on important subjects like 9/11, disabilities, and most recently the opioid epidemic. The idea that PETA feels that veganism even compares to these subjects is outrageous–especially because veganism can be unhealthy for children.

It’s not just milk. Forcing children to go vegan was even deemed “unethical” by the Royal Academy of Medicine of Belgium after finding that veganism leads to health issues in developing children In Belgium, unless the children are strictly monitored and tested feeding your child a vegan diet is considered child abuse and punishible by law.

George Casimir, the pediatrician who led the commission that issued the report, stated: “When we are children, the body manufactures brain cells. This implies higher requirements for protein and essential fatty acids. The body does not produce them, it must be brought in via animal proteins.”

These are just a few of several other studies that come to the same conclusion: A vegan diet can be bad for kids.

This isn’t the first time PETA has tried to indoctrinate children. The organization ran an entire website targeted at kids and even handed out “Unhappy Meals” with gory imagery to kids. Has PETA no decency?