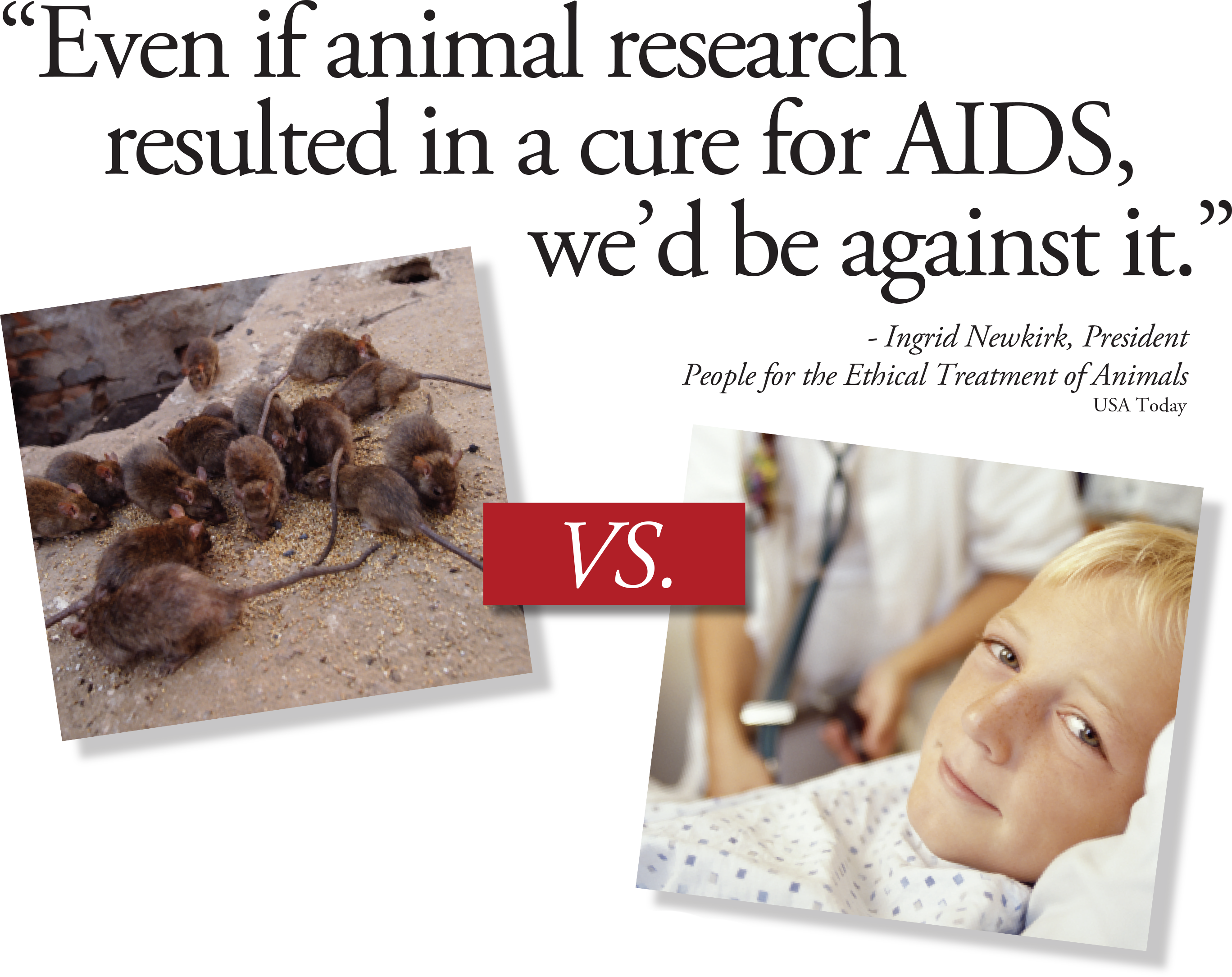 Animal research has helped develop medicine to fight cancer, AIDS, and other serious ailments for people (as well as pets and other animals). Yet PETA opposes using lab rats—even if it would cure childhood cancer. “A rat is a pig is a dog is a boy,” according to PETA. PETA values the life of a lab rat the same as a child with cancer. And PETA has even attacked charities such as St. Jude Children’s Research Hospital and the March of Dimes

Attacking medical charities is bad enough—and worse when you consider that PETA, organized as a charity itself, has killed nearly 40,000 cats and dogs since 1998, according to official government records.

PETA is currently pushing for California to ban fur. But it won’t stop there: PETA wants to ban wool, leather, cashmere, and silk.

And it won’t stop with clothes: PETA’s against meat, dairy, and eggs. And even pet ownership.

Tell California legislators to oppose PETA’s agenda. Fill out the form below and we’ll send your note to the Assembly Committee on Water, Parks, and Wildlife, which is hearing PETA legislation.