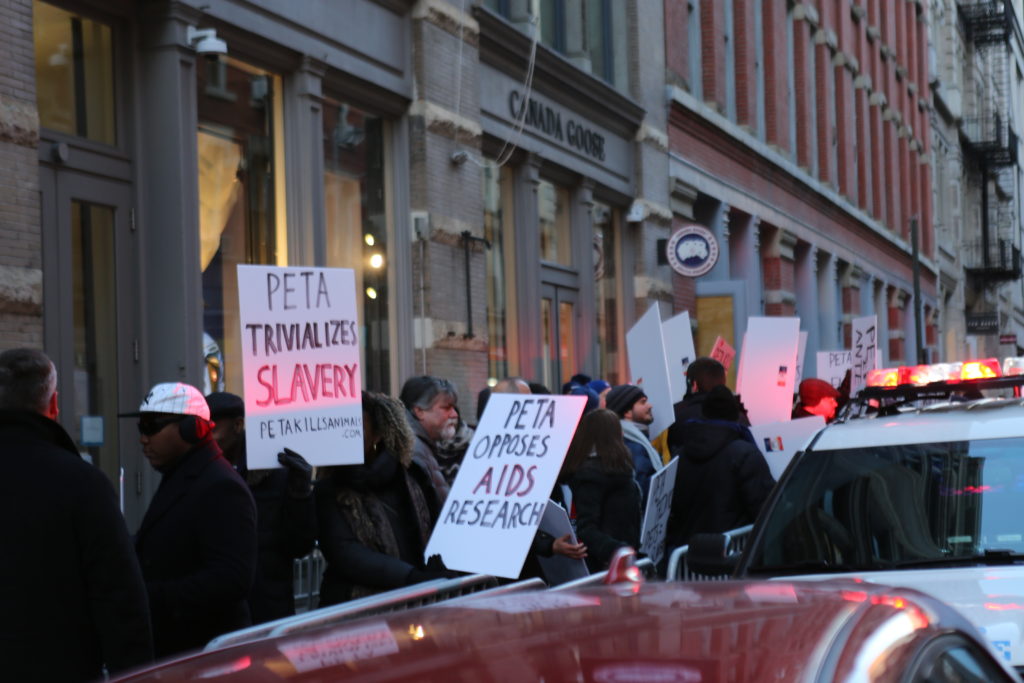 Over the past several years, New York City has cemented itself as a nanny state. Local politicians have sought to restrict everything from the sizes of soda you can buy to forcing restaurants to post warnings about salt. The city entered new waters when Corey Johnson, Speaker of the New York City Council, introduced a bill seeking to ban New Yorkers from buying natural fur clothing in city shops.

And now, we’re rallying the troops to defend consumer choice.

The speaker’s bill was met with support from animal liberation groups like PETA and Direct Action Everywhere, organizations that see fur as a first step to ban all animal-based materials including wool, leather, silk, and even feathers. These organizations won’t stop with fabrics–they want to ban everything from eating meat to owning pets.

Thankfully, these animal extremists were also met with fervent opposition in the form of everyday people. If passed the ban would have caused the loss of an estimated 7,500 jobs. The groundswell of negative response led to the bill being stalled.

But while the bill may have stalled, anti-fur activists have not. Several times a month, various animal activist groups with ties to PETA can be seen around the city protesting fur stores. But, these aren’t your everyday sign-holding protests. These protesters get nasty, berating and harassing customers for choosing to use a sustainable material.

And we are not letting them go unopposed.

Recently, we learned that activists were planning a “silent vigil,” so we turned up the volume and let them know the PETA agenda isn’t welcome. We led a group of several dozen consumer choice advocates.

Our signs shared truths about PETA such as “PETA = Fashion Fascists,” “PETA Wants to End Pet Ownership,” and “PETA has Killed Over 40,000 Animals.”

Judging from their faces, they were surprised–and angry–to see people calling them out for having a dictatorial agenda. Unable to harass customers, they were forced to the other side of the street where they eventually broke their “vow of silence.”

Animal liberation activists want to force vegan lifestyles upon Americans, from the clothes we wear to the food we eat. We’re going to keep voicing support for individual freedom and consumer choice.