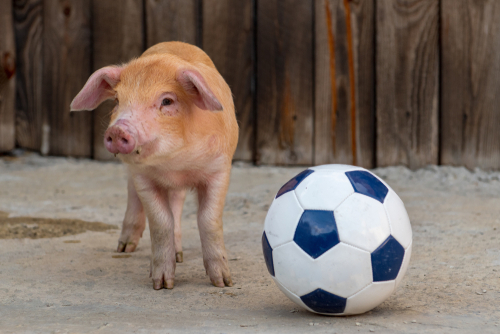 Turns out PETA can’t make everyone bend to its will. The animal rights organization tried to pressure professional soccer team Austin Bold FC into canceling its “Farmer in the Del Valle Night” promotion, which offered free admission to fans who brought their goats, cows, pigs, turkeys, sheep, horses, llamas or donkeys.

PETA—apparently without doing research—sent out a message on Twitter stating:

@ChrisBils We are urging @AustinBoldFC to cancel this! It is reckless & dangerous to bring live animals to a sporting event. It’s an extremely stressful environment for animals who will be frightened by the crowds, sounds, & chaos. Animals don’t belong in a sports stadium!

Had PETA not jumped to conclusions they would’ve learned that there were never any plans to have cows in the stands, instead the animals were housed in pens a quarter mile away in a grassy area, where noise from the stadium would be no louder than a tractor.

The event, which was held to raise money for the local 4-H club takes place in the Del Valle area of Texas, an area with historical relevance for its multiethnic farming community. In having its event Austin Bold raises awareness of the history of the area.

Given PETA’s history of disliking 4-H clubs and the education of young farmers, it’s no surprise that the organization that wants to see the demise of the agriculture industry would be against the event. But it is a welcome surprise to see a company stand up to the organization that bullies everyone from medical researchers to clothing companies.