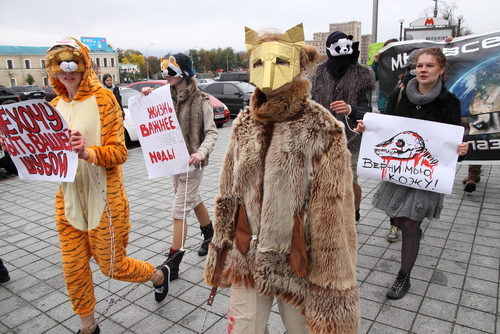 As the old adage goes, “Show me your friends and I’ll show you who you are.” This rings especially true for PETA, which has been listed beside neo-Nazis in a UK government anti-terrorism guide. Released mid-2019, the guide was produced by The National Counter Terrorism Policing Network, a government agency that is comprised of local police forces from around the country.

For those who may be unaware, PETA has a history with accusations of terrorism. A 2001 investigation by the FBI found that PETA had, “financed or contributed to the legal defense funds of some of animal rights extremists charged with crimes.” During the 1990s, PETA paid over $70,000 to Rodney Coronado, an Animal Liberation Front (ALF) serial arsonist convicted of burning down a Michigan State University research laboratory.

In addition to paying for Coronado’s legal defenses, the organization made a donation to the North American Earth Liberation Front (ELF), an FBI-designated domestic terrorist group responsible for firebombs and other crimes. In 2002, the FBI estimated that ALF/ELF criminal acts caused $43 million in damages.

In 2001, PETA’s then-Vice President Bruce Friedrich told a gathering of activists that “blowing stuff up and smashing windows” was a justifiable way to bring about animal liberation.

While PETA and other groups acted shocked that they were featured in the UK guide alongside neo-Nazi organizations, their previous actions and statements clearly demonstrate why law enforcement included them.

The document’s purpose is to allow police to properly prepare and respond to threats and prevent possible offenses from being committed. Many non-violent protests these groups hold create disruption and panic. According to the document, at these protests, there is “potential for the event to be hijacked or infiltrated by more extremist groups.” Police say the document’s purpose is to help program partners “identify and understand the range of organizations they might come across.”

Memo to PETA: If you don’t want to be lumped in with other extremist groups, perhaps you shouldn’t fund extremists?