Will PETA Condemn This HSUS Sanctuary? 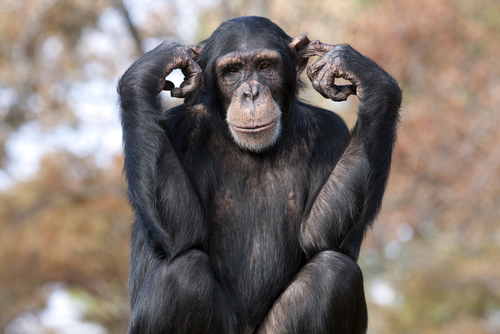 “The welfare of the chimpanzees seems to be last on the priority list at Project Chimps.” So stated a whistleblower complaint recently given to PETA, or People for the Ethical Treatment of Animals. Project Chimps is a Georgia facility controlled by the Humane Society of the United States that has come under fire after an employee says she was fired in late March after seeking to improve conditions for the chimpanzees at the facility.

In a series of Facebook posts, she has produced documentation showing a chimp with a nasty laceration that she says festered after it wasn’t properly treated. Another chimp shows massive hair loss after entering the facility. Another chimp displayed stereotypic behavior that may indicate some psychological issues. The whistleblower says the veterinarian at the HSUS facility is a cat and dog vet–not a primate vet.

You can get caught up here.

The whistleblower–who says she speaks for about 10 others who are also concerned about animal mistreatment at the HSUS facility–says she attempted to handle it internally but got nowhere. She also reached out to the so-called Global Federation of Animal Sanctuaries, a private nonprofit that accredits sanctuaries–only to discover that it is heavily influenced by HSUS and has a huge conflict of interest. She also reached out to PETA–and apparently has gotten the organization’s attention to nudge Project Chimps/HSUS behind the scenes.

Project Chimps recently posted a note on its Facebook page attempting to get ahead of negative press. This all smells like the same damage control we saw two years ago when HSUS CEO Wayne Pacelle was accused of sexual harassment. The board of directors voted to close an investigation into Pacelle, while he blamed nameless conspirators. He eventually resigned along with a number of board members.

Clearly, the strategy from HSUS seems to be to sweep everything under the carpet. But that wouldn’t work if an organization like PETA made noise.

Isn’t it strange that we haven’t heard a peep from PETA publicly?

Consider: If this was a medical research laboratory using the chimps, PETA would be screaming to high heaven about the conditions of the animals and publicizing the whistleblower’s allegations. Say what you will about PETA’s liberate-the-goldfish agenda, but it can get media attention.

Yet so far, nothing–while the chimps allegedly face poor conditions. That’s probably because HSUS and PETA share the same social/political agenda (animal liberation) and a number of PETA personnel have wound up at HSUS, including current CEO Kitty Block.

If PETA stands on the sidelines, would it be fair to say PETA is complicit in any mistreatment?