Will the IRS Crack Down on Animal Activists? 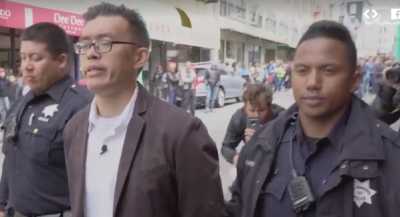 It seems harassment from animal activists is on the rise. And it’s high time the IRS and FBI do something about it.

Last week, we filed a complaint with the IRS and FBI regarding PETA and two California-based groups called Direct Action Everywhere (DxE) and Animal Hope and Wellness Foundation. These are radical groups lobbying to dictate lifestyle decisions on Californians–and we believe these organizations have abused the nonprofit tax code.

These groups have been involved in lobbying for fur bans in California, at the local or state level. But make no mistake. This radical lifestyle dictation from PETA and other extremists won’t end with fur. These activists don’t believe people should be able to buy leather, wool, and other clothing derived from animals. They don’t want people to be allowed to buy a hamburger. PETA is even against owning pets.

While everyone has free speech rights, harassing people and getting arrested aren’t legitimate nonprofit activity. It’s time for the feds to end the charade and hold activists accountable.

Posted In: Animal Rights Extremism, Radical Activism
PETA has killed tens of thousands of animals since 1998 and we're making sure the whole world knows. Have a tip or something else we should know? Get in touch on our contact page.